How I Became an Acupuncture "Junkie"

In recent months, I've gone from having the rare acupuncture treatments, to actually craving it. I first became interested in acupuncture when I was working in neurophysiological monitoring at Stanford University Medical, and walked into a surgery prep with acupuncture needles being placed. The anesthesiologist explained she was also a licensed acupuncturist and was doing this to reduce post-op pain. Well, I thought, there must be more to acupuncture than I previously understood.

My first treatment years ago was for knee pain and it worked immediately. Then I received some temporary relief from a run of migraines I was having.

More recently, I went to get my allergies addressed and the acupuncturist talked to me for a bit and decided to do a technique for balancing and recirculating my qi. Qi or Chi is, in Chinese medicine, the vital energy of the body. Acupuncture theory states that qi flows via invisible meridians in the body and the acupuncture points are specific channels in that flow. This rainy winter in Northern California wreaked havoc on my allergies since the growing season was extra long and lush. I was ready to commit to the prescribed acupuncture treatments to get me back to my peak vitality.

That night I went to bed expecting my usually routine of getting up for a cup of hot herbal tea to soothe my throat, or taking a lozenge, a few saline sprays in the nose (neti pot some nights) or even giving in after some time and taking an antihistamine which I dread because it's harder for me to wake in the morning and I'm not a fan of taking medication anyway. I just went to bed early that night because I didn't feel like doing a neti pot, breathing exercises, medicine or anything - I just went to bed. I meditated during acupuncture, so I didn't even do that before bed.

I woke the next morning astonished that I simply laid down and went out like a light...no throat irritation, cough, etc. This has become a nightly issue for over 3 months on nights that I didn't take an antihistamine.

I went back the next week for another session and we worked on my knee also since I had been doing a lot of dancing lately and one of my knees started to get irritated. It knocked that out too. The next we continued to work on balancing my chi, but as my acupuncturist was placing needles, she asked about digestion. I did mention being a little less regular because of the ketogenic and low carb eating, so she added one needle to the middle of my lower abdomen. I immediately felt a deep internal cramp and thought that was odd. Well, the next morning (TMI warning), I say with much pleasure - I had absolutely no problem with constipation. My experience was quite the opposite!

So, yes, I'm going as often as possible, and I'm meditating during the treatments and my meditation during acupuncture always seems to be just a notch better than my seated meditation. Perhaps one would say my personal experience was a mind over matter, or placebo effect, but if it were merely that, my hypnotherapy alone would have resolved my allergies. It gave some relief, but not the dramatic change I received from acupuncture. Between the two, I have body and mind in beautiful alignment.

I understand the basic philosophy behind acupuncture, but it is difficult to explain it with western medicine principles and the scientific method. I invite you to do your own experimentation and research. If it works for you, that's the key. 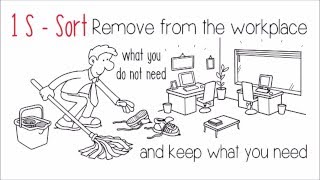